A couple of years from now, voters in California will be asked to approve upwards of $3 billion to keep the California Institute for Regenerative Medicine (CIRM) operating. Those same voters approved a $3 billion bond issue back in 2004 to get the institute off the ground. Here’s the question voters have to answer: does government money belong in regenerative medicine research?

There is little doubt among honest researchers that regenerative medicine offers a lot of promise. But before any of the ‘miracle cures’ linked to regenerative medicine can become reality, a lot more research has to be done. The private sector is doing that research – and quite effectively too. The same cannot be said about the CIRM.

Little to Show for It

According to an investigation conducted by the San Francisco Chronicle, the CIRM has produced very little over the last 14 years. Despite all the promises, records show the following:

If this were any other business, the results coming out of the CIRM would be dismal enough to shut it down. But medical research often goes this way. It takes a tremendous amount of time and money to turn research into marketable therapies. Still, has the CIRM produced enough to satisfy California voters? Time will tell.

A Better Way to Do It

The CIRM still has its supporters in the Golden State. But it appears that the number of detractors is growing. There is growing sentiment that a better way to handle regenerative medicine research without committing billions of taxpayer dollars needs to be found. That better way is encapsulated in a two-pronged approach: streamline the process and incentivize private sector investment.

Apex Biologix, a Utah company that provides regenerative medicine equipment and supplies to clinics around the country, says that the biggest impediment to any kind of medical research is government red tape. Streamlining the federal approval process would save a ton of money and get therapies to market faster. In turn, this would encourage the private sector to invest more time and money in research.

The 21st Century Cures Act approved by Congress in 2016 was a great step in that direction. Among other things, the legislation modified the FDA approval process in such a way as to expedite approval of new drugs and medical devices that had already been deemed safe through other means.

In effect, the change now allows certain medical procedures already deemed as safe to proceed to market without expensive clinical trials designed to determine efficacy. Doctors and patients are able to address the efficacy issue among themselves.

There Must Be Incentive

Proponents of government funding of medical research undoubtedly have the best interests of patients at heart. What they fail to recognize is that government has no real incentive to produce anything. As far as the private sector goes, their incentive is profit. Yet our current system is so expensive to navigate that private sector organizations are unwilling to spend unless they can virtually guarantee a certain amount of return.

There has to be incentive for all of this to work. Without that incentive, there is no point in spending the money. So where does that leave the question of government money in regenerative medicine research? That is something voters have to decide. 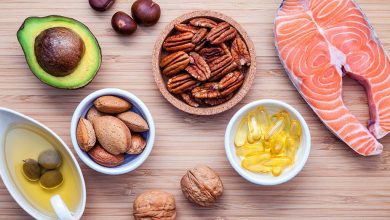 Several Things You Should Know before Studying in the U.S.

4 Surprising Ways Cannabis is Beneficial for Your Skin